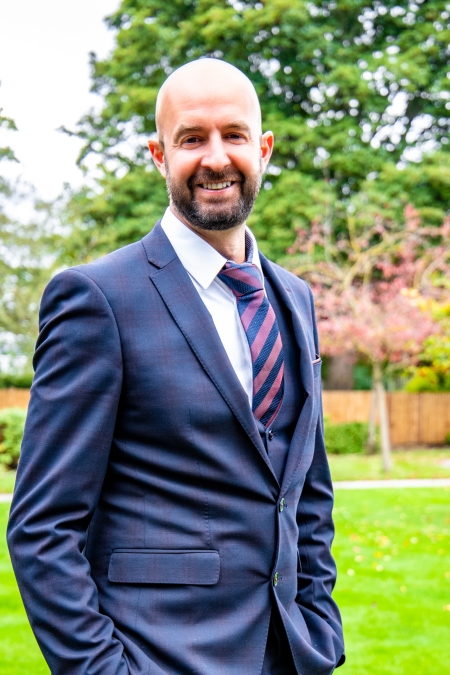 Graeme Tosh, of Sheffield, currently a Deputy Medical Director at Rotherham Doncaster and South Humber NHS Foundation Trust (RDaSH) will step up to the Executive Medical Director role in Spring next year. Graeme was appointed after a rigorous national recruitment process.

Graeme graduated from the University of Dundee in 2004 and worked as a junior doctor in Hampshire, The Isle of Wight, London, Lanarkshire and Derbyshire before completing his training as a psychiatrist in 2012. He obtained a consultant post in RDaSH shortly after and has held several clinical roles with the Trust, predominantly in the Rotherham area. Graeme has also worked for two years as the Associate Medical Director for the Rotherham Care Group before stepping into his current role as Deputy Medical Director in 2019.

Graeme will take over from Dr Nav Ahluwalia, who will be stepping down from the Medical Director role after ten years in the post to work part-time in RDaSH with a portfolio that includes the Named Doctor for Child Safeguarding and some teaching roles.

Graeme said: “I’m really looking forward to taking on the role of Medical Director at RDaSH, it is a challenging but exciting time in healthcare with huge changes coming which will really improve the way we work in partnership with our neighbouring trusts.  As Dr Ahluwalia’s deputy I know I have some big shoes to fill, and I hope I can carry on his legacy of dedicated service to the trust, clinical excellence and unwavering support for his colleagues. I have worked at RDaSH for almost a decade and I’m proud to be part of an organisation that leads the way with care for our patients and provides support to carers, patients’ families and staff.”

Kathryn Singh, Chief Executive of RDaSH, said: “I am delighted that after a national recruitment campaign we have appointed someone with such a broad range of expertise, experience and skills to join our executive team and Board. I know Graeme will be a great addition to our executive leadership team.

“I would also like to take this opportunity to thank Dr Ahluwalia for his dedication to RDaSH and for all of his support, commitment and hard work as Medical Director.”