Local hospitals begin the search for next Medical Director 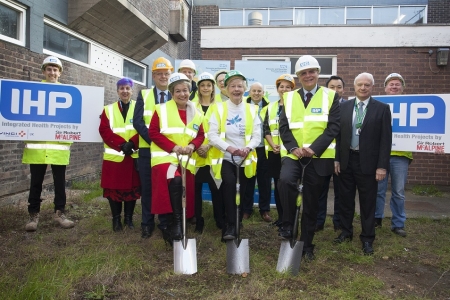 Doncaster and Bassetlaw Teaching Hospitals (DBTH) has begun the search for a new Medical Director, as current post-holder, Mr Sewa Singh, is set to retire on 31 March 2020.

The organisation’s longest-serving Executive Director, Mr Singh has held the position of Medical Director since 2012, having initially joined the Trust in 1996 as a Consultant Vascular Surgeon, and having overseen many improvements during his time as chief medic.

Born and raised in Malaysia, Sewa came to the United Kingdom in the late 1970s to undertake further education at the University of Sheffield, graduating with a degree in Medicine in 1983. A fellowship at Edinburgh’s Royal College of Surgeons followed, after which Sewa completed a period of research, for which he was awarded Doctor of Medicine in Vascular Physiology.

Sewa has contributed and led colleagues within the Trust to improve the quality of care as well as services. His achievements include:

Richard Parker OBE, Chief Executive at DBTH said: “The Medical Director position is of crucial importance to any Trust, and I believe Sewa has lived up to this responsibility, leaving DBTH in a very strong position, with an exciting future ahead. For Sewa’s commitment, dedication and expertise, I want to offer my personal thanks, and the thanks of the Board and everybody at DBTH, and wish him the very happiest of retirements.”

The Trust, which operates Doncaster Royal Infirmary, Bassetlaw Hospital and Montagu Hospital, cares for an average of 475,000 outpatients, 125,000 inpatients and 175,000 emergency admissions every single year. It is one of only six teaching hospitals in Yorkshire and Humber and leads the region for many aspects of medical and clinical education.

Richard continues: “We are looking for an outstanding leader and candidate to join our Board of Directors and build upon the fantastic work of our medical colleagues. It is our ambition to be the safest Trust in England, outstanding in all that we do. If you believe you are up to the challenge, please get in touch and find out why DBTH should be your employer of choice.”

The Trust has now begun the search for a successor, with an advert now live on the organisation’s website here https://www.dbth.nhs.uk/news/dbth-job-week-medical-director/